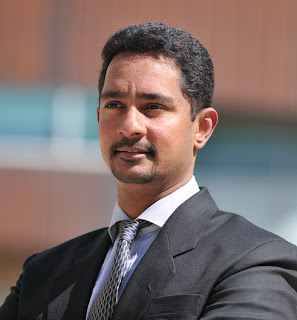 Noted astronomer and author Ray Jayawardhana will discuss the remarkable breakthroughs that have ushered in an extraordinary age of exploration during a presentation on October 27 at Jamestown Community College’s Cattaraugus County Campus.
The program, free and open to the public, begins at 7 p.m. in Cutco Theater. Jointly sponsored by the JCC Faculty Student Association, Olean Public Library, and Challenger Learning Center, the program is especially recommended for individuals, including families with children, who have an interest in the universe.
Partial funding for the program was provided by the New York State Council on the Arts.
Jayawardhana, author of Strange New Worlds: The Search for Alien Planets and Life Beyond Our Solar System, will describe recent findings -- including his own – that are challenging our view of the cosmos. Jayawardhana’s book will be available for purchase at a reception in the community room of the College Center.
Jayawardhana is a professor and a Canada Research Chair in observational astrophysics at the University of Toronto. A graduate of Yale and Harvard and designated as one of Canada’s Top 40 Under 40, Jayawardhana uses many of the world’s largest telescopes to explore planetary origins and diversity. He has authored over 80 papers in scientific journals.
Jayawardhana’s discoveries have made headlines worldwide, including in Newsweek, Washington Post, New York Times, Globe and Mail, Sydney Morning Herald, BBC, NPR, and CBC, and have led to numerous accolades such as the Steacle Prize. Additionally, he is an award-winning writer whose articles have appeared in The Economist, New York Times, Scientific American, Astronomy, and Muse. Wired magazine declared, “As astronomers go, RayJay is a rock star.”
“The implications of finding out for sure that ours isn’t the only inhabited world are nothing short of astounding: it will trigger paradigm shifts not only in science but also in many other human endeavors, from arts to religion,” Jayawardhana notes. “We will see ourselves differently. That dramatic moment is no longer a remote possibility; it may well occur during our lifetime, if not during the next decade.”
Posted by WVTT News Radio at 8:18 PM