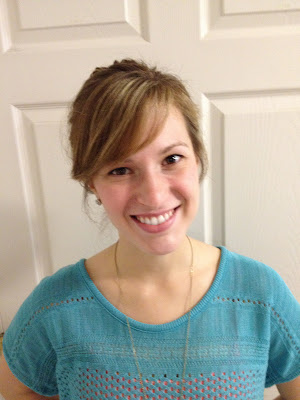 Rachel Cross has been named head coach of the women’s soccer team at Jamestown Community College’s Cattaraugus County Campus for the 2012 season.
Ms. Cross, a graduate of Houghton College, will take the helm of the team whose successful 2011 season ended with a trip to the National Junior College Athletic Association (NJCAA) national tournament.
"We are pleased to find someone like Rachel to take over what has become a very successful program over the last few years,” said Ben Lindquist, JCC athletic director. “She shows an unparalleled passion for the game, and through her experiences at Houghton College and OnGoal Soccer, we feel that she can continue to build this program into a perennial power of Region 3 and the NJCAA.”
Ms. Cross was a four-year member of the Houghton women's soccer team which made four straight appearances in the National Association of Intercollegiate Athletics (NAIA) national tournament and finished with a record of 59-14-9 during the 2008-2011 seasons. As a three-year starting defender, she was named 1st Team All-Conference in 2011 and was a two-time NAIA Scholar Athlete.
While working with the Houghton College and OnGoal soccer camps and the Chicago Eagles Soccer Club, Ms. Cross traveled nationally and internationally as a coach and a counselor, training players of all ages and abilities.
“I am very excited to have the opportunity to work with the JCC Jaguars and grateful for the chance to be a part of the tradition of excellence at JCC,” said Ms. Cross. “With a strong core of returning players and with some fresh, new recruits, our team has the potential to carry on the legacy of JCC women's soccer and be dynamic and successful on the field as well as in the community and the classroom."
JCC won the Western New York Athletic Conference Championship and the Region 3B Championship while finishing 18-3 during the 2011 season. The Jaguars have compiled a 45-13-1 record over the last three years and have qualified for the Region 3 playoffs each of the last five seasons. The team hopes to return 10 freshmen from last year’s squad and is recruiting and seeking players interested in attending JCC’s Cattaraugus County Campus and becoming part of the 2012 team.
For more information on the women's soccer team and JCC athletics, contact Lindquist at 376.7529 or email Ms. Cross at RachelCross@mail.sunyjcc.edu.
Posted by WVTT News Radio at 9:14 PM